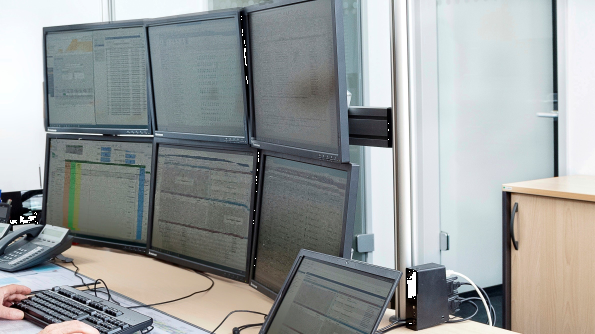 In case of system disruptions, shippers will be available to offer alternative options to submit a nomination.

In case of discrepancies, it is possible to correct the initial allocation data.

In this case please contact allokationen@grtgaz-deutschland.de without delay. Any clearing allocations are transmitted to Trading Hub Europe by M+2M-10WD(-1CD). To do so, the balancing group manager will need to request a corresponding clearing number at Trading Hub Europe and to transmit it to GRTgaz Deutschland.

The allocation rule “Allocated as nominated” applies to all our cross-market area and cross-border points.

GRTgaz Deutschland is a transmission network operator within the market area cooperation Trading Hub Europe (THE). The role of the market area manager is fulfilled by THE. The shipper is required to conclude balancing group contracts with THE in order to process transmissions and to use the Virtual Trading Point of THE. THE also takes over both the allocation and balancing tasks of the balancing groups according to the provisions of GabiGas.

The term “nomination” refers to a notice on quantities to be transmitted. Nominations are strictly required for any transmissions crossing market areas as well as for cross-border transmissions. The balancing group manager (BGM) notifies GRTgaz Deutschland of the total quantity of gas per shipper code pair at each entry and exit point within the balancing group for each gas day.

The BGM is required to provide daily nominations by 2:00 pm (14:00) for the following gas day.

Re-nominations starting the day before the gas day are processed according to the cycles recommended by EASEE-gas.

It is also possible to submit re-nominations during the current gas business day, which are referred to as Intra-Day-Re-nominations, on an hourly basis.

They become effective with a lead time of two hours. They take the result of the matching cycle into consideration.

The assignment of roles among the transmission network operators at the individual interconnection points between market areas and cross-border points is currently discussed. The current state of roles is shown in the table below:

The shipper must always transmit the bundled nomination to the active TSO. The shipper on the side of the passive TSO must provide a corresponding authorization before.

Please fax the completed form to our Dispatching team. We will process the authorization request within 2 working days. After review and approval we will send out a written confirmation.

The network code Interoperability and Data Exchange (NC INT) is contributing to simplifying the Europe-wide cross-border gas transmission for the network users.

In addition, efficient cooperation between network operators is promoted to encourage a simplified and harmonized gas transmission including great expectations to the interconnection agreement. In the event that provisions of an interconnection agreement concerning the following issues (Matching, Allocation, Communication in exceptional events), are to be updated, the users of the network will have a right to discuss and provide statements with regard to the intended changes.